← more from
Suicide Squeeze Records
Get fresh music recommendations delivered to your inbox every Friday.
We've updated our Terms of Use. You can review the changes here. 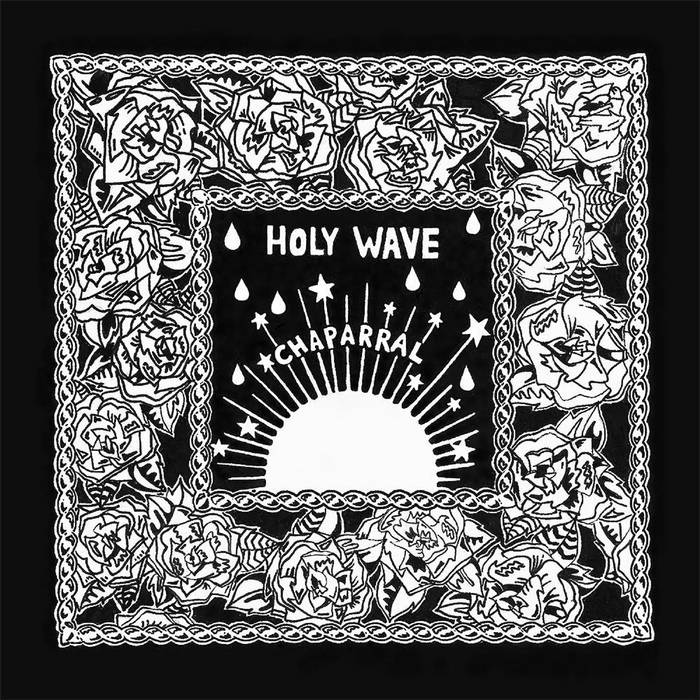 “To have a complete story, we must not forget the prefaces and backgrounds that have developed our characters,” says Kyle Hager of the Austin-based five-piece Holy Wave when asked about their latest single “Chaparral.” And while it’s an apt summation of the song’s lyrical themes of exploring the past to better understand the present, it’s also a fitting testament to the band’s sonic template. Owing initially to the primal urgency of garage rock and the dizzying atmospherics of psych, Holy Wave evolved to encompass a broader swath of sounds, culling from sources like the kosmische-pop of Stereolab and the disciplined production style of Steely Dan. That said, Holy Wave have never been mired in nostalgia; they’ve merely aimed to be thorough students of their trade, learning from previous generations to move forward into the future.

Fittingly, “Chaparral” explores the notion of growing into the next phase of life while retaining a bond to youth. The song title references a sweet-smelling herb from the creosote plant commonly found throughout Texas, a fragrance tied to the band’s upbringing, though it also translates to “place of the chaparros” in Spanish, with chaparro translating directly to scrub oak, but also serving as slang for “young people.” So the title becomes shorthand for “place of youth.” Inspired by Hager’s preparation for fatherhood by sorting through artifacts and trinkets of the past to make room for a new member of the family, “Chaparral” uses a foundation of analog-warbled guitars, mellotron choirs, and smoky vocals to create a dreamy rumination on both personal history and the trajectory of the band. The song is sprinkled with lyrical nods to Holy Wave’s early years—references to old clubs played in their original hometown of El Paso and old song titles—as well as private Easter eggs like the names of departed pets and early haunts. But even if you exist outside of Holy Wave’s inner circle, the beautifully patinated and soft-focus sound of “Chaparral” is both a wistful journey back through time and a perfect golden hour soundtrack for summer 2022. Suicide Squeeze Records is proud to present Holy Wave’s “Chaparral” as part of their Pinks & Purples Digital Single Series on July 11, 2022.

Bandcamp Daily  your guide to the world of Bandcamp